The Tallgroup recently completed the takeover of Endupack, which is a producer of anti-slip sheets and is based in Pont Authou, France. The Tallgroup is represented in Europe by Geldermalsen-based Tallpack International, Oevel-Westerlo-based Tallpack België and Stara Zagora-based Tallpack Bulgaria, and is active in the field of Industrial Packaging Solutions. Together with the French board and the distributor for North America, all shares were acquired from the company’s founder, Mr Bernard Agnan. 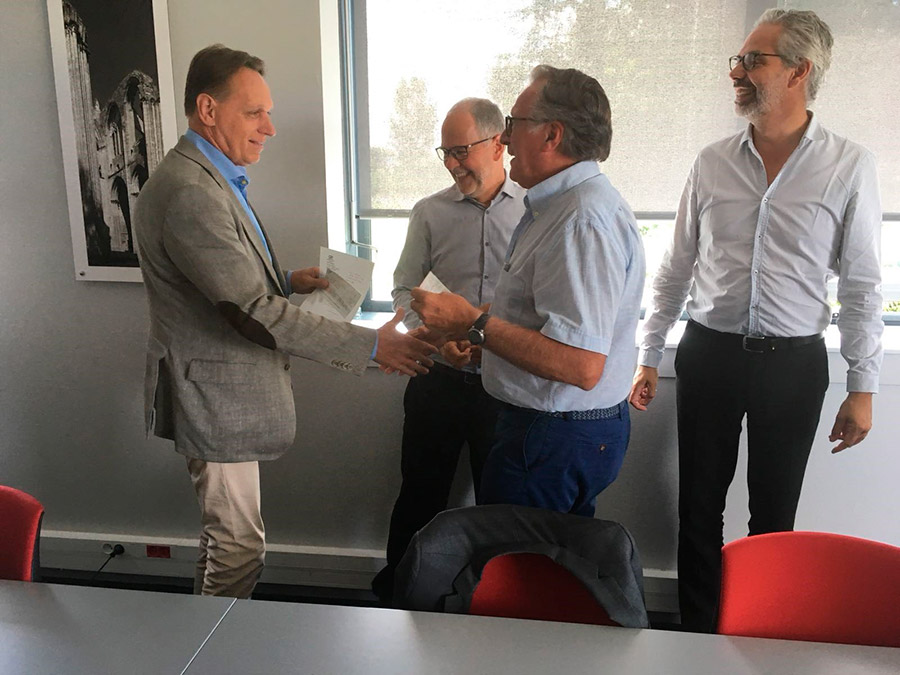 The anti-slip sheets produced by Endupack help to stabilise loads on pallets and thus also make it possible to meet guidelines compiled by Eumos for the safe transport of goods.
Friction is increased considerably by applying dots on kraft paper, photo paper, corrugated cardboard and polyester sheets, which means loads will be a lot less likely to slip.

“The Tallgroup has represented Endupack in Europe and the Balkans for almost twenty years, and played a role in developing the product during that time.  We are very pleased to have reached an agreement with Mr Agnan and thus been able to strengthen the Tallgroup The anti-slip sheets play an important role in the portfolios of operating companies that are part of our group.  Together with our other products, the anti-slip sheets offer a solution for issues encountered when stabilising products during transport.
We will now be able to have a bigger impact on product development because lines of communication have become even shorter. In addition, it offers us the opportunity to supply machines, which we have developed for this product, via Endupack’s global distribution network”, says owner of the Tallgroup, Hubert Verheul.

The plans of the new owner also involve constructing a new factory. This must be operational by the first half of 2020 and will double capacity. “This cannot come soon enough because there is great demand for anti-slip sheets in the Netherlands as well as the rest of the world”, explains Verheul.